Posted in: Parkchester Businesses and Reviews

Posted: Jun 11 2014 at 7:02pm | Views: 4518
I went to Chang Li Supermarket to pick up 1 bunch of spinach which cost $1.69. I go to the register to pay for the spinach with the $5 bill that I had in my pocket. The Cashier looks at it and speaks to the manager and other Cashiers in Chinese about it. I asked what's wrong with my $5 bill. No one answers me in English so that I can understand what's going on. After about a few minutes of discussing it among themselves, the manager accuses me of giving the Cashier a counterfeit $5 bill as if I was looking to take advantage. I asked him and the Cashier to check to see if it's counterfeit. They did not have the counterfeit marker to check the bill. The machine that the manager says checks for counterfeit bill, was not used to check to see if my $5 bill was counterfeit. Instead, I was told that they couldn't did not feed it through to check. He and the Cashiers were very rude. He stated rudely to "find another way to pay because I'm not taking it. It's counterfeit!" He spoke extremely rude. He refused to check if my $5 bill was counterfeit. I paid the Cashier with the other cash that I had in my wallet. I took the $5 to three other stores and had them check with the counterfeit marker to find that it was not counterfeit. The Cashier servicing me was rude and the other Cashiers who were discussing the issue were also rude. The customer service was extremely poor and this issue was handled poorly. It was embarrassing as other customers were around.

Apparently, this is a common issue with other customers as evidenced of their reviews from Yelp and Mapquest. Please see the links below:

What companies need to remember that it's the customers like you and I that keep them in business. I want to advise other who shop here to think twice about shopping at Chang Li's Supermarket. You could also be treated as poorly as I was.

Post a new topic in "Parkchester Businesses and Reviews" 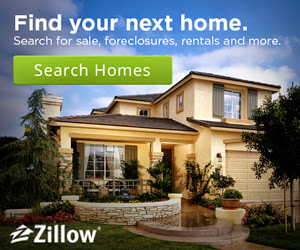